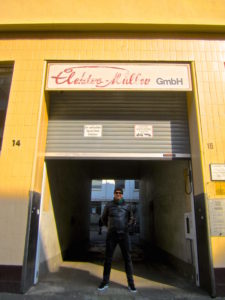 Vancouver born and raised, host of The Creators David Hawkes, grew up with legendary broadcaster Red Robinson as his next door neighbour. "He used to give my older teen sisters 45's to listen to and I basically took more interest in them and used to spend hours listening and memorizing the songs, artists and labels. My father was a great pianist and singer, playing regularly at historic venues such as the Commodore and Cave and later in life as a barbershop-er his quartet performed to full house at the Queen Elizabeth Theatre. He definitely made me want to be around music and kept music alive in our home."